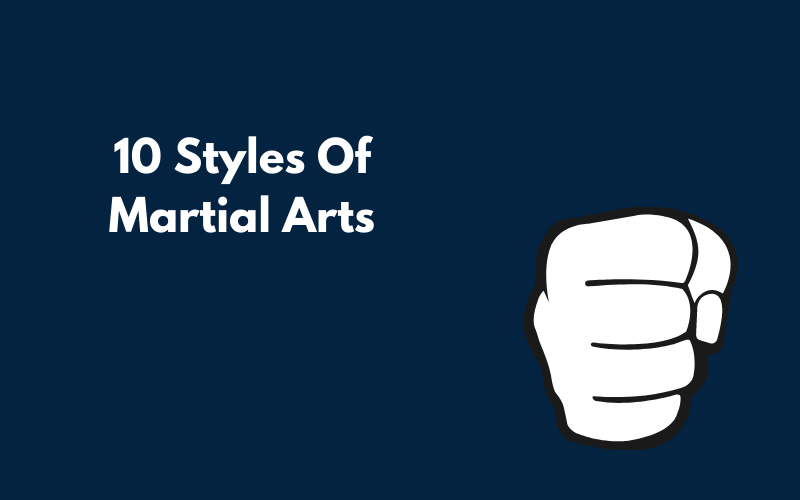 Martial arts is one of the most popular and renowned arts as well as sport in the world.

The term ‘martial arts’ refers to “The systems of combat used for self-defence, physical training, and spiritual growth.”

Learning a martial art is a popular way to stay in shape and keep on top of your fitness, health and wellbeing.

The special thing about learning a martial art is any person no matter their size or strength can defend themselves from any threat on any occasion because of the techniques learnt.

In this Ellis Academy blog, we’re going to take a look at 10 styles of martial arts practised worldwide, so you can get a sense of the wide variety of styles that sits underneath the term ‘martial arts'.

Taekwondo has the meaning “the way of fist and foot”

Tae Kwon Do was developed in Korea in the mid 20th century by martial artists who studied Japanese and Chines martial art.

Tae Kwon Do is based upon the belief that the leg is the strongest and furthest reaching limb that a person has. Our legs have the greatest potential to be used as a powerful weapon while keeping an attack at a distance. The style focuses on head kicks, jumping kicks, spinning kicks, and other kicking techniques.

Krav Maga has been designed for the purpose of street survival and is taught the entire defence force of the country. This martial art involves aspects of jujitsu, grappling, ground fighting, karate kicks and knees and traditional boxing punches. This is not simply a sport; Krav Maga is aimed at killing the aggressor.

Muay Thai is commonly called the national sport of Thailand, and it is a martial art that dates back to the days of the Konbaung Dynasty in Siam. “The art of eight limbs” emphasises punches, kicks, knees, and elbows, but it also involves sweeps and clinches work.

Muay Thai is an excellent martial art to learn. It would allow you to safely defend yourself, whilst carrying a threat.

Kickboxing can be for fitness, self-defence or sport. There are different origins of the sport, but we are most familiar with the American version of kickboxing.

Kickboxing combines punches, knees and kicks to disarm an opponent or attacker. A front kick to the face is more than enough to disarm any person. The key to kickboxing is agility the person must strike before the attacker can react and respond.

Judo is a competition-based sport that originated out of Japan. The primary objective is to throw or takedown your opponent for points.

Although it was created for sport and exercise it has proven to be an effective martial art in close combat through the use of leverage. “maximum efficiency, minimum effort” is the cornerstone of martial art. With proper technique and balance, a person can beat a much larger opponent.

The major weakness in the art of judo is a lack of any striking techniques in competition or practice.

On the surface, boxing is simple in comparison to the other 10 styles of martial arts with no grappling, no kicking, just a few types of punches, yet it takes years to master.

Boxers train on heavy bags and pads this ensures they train with full power, which increases skill, fitness and power. Another great aspect of boxing is the fitness drills.

The conditioning in boxing is one of the strictest and most punishing regimes in martial arts. Skipping, press-ups, burpees, and much more will make up a boxing session along with sparring and bag work.

Kung fu is responsible for the birth of many martial arts all throughout Asia. It focuses on strikes, throws, joint manipulation, and pressure point attacks.

The style was created for self-defence, hunting, and military training in olden China. It’s a popular style of martial art that has gained notoriety through film and television, where some famous practitioners include Jackie Chan, Bruce Lee and Jet Li.

Arguably one of the most well-known sports out of all the 10 styles of martial arts. Karate features some impressive movements of punches, kicks and blocks. Karate originates from Japan in the early 20th century.

The practice of karate centres around self-defence and combat. However, karate extends beyond the gym, one will embrace principles such as discipline and respect, replicating these in everyday life as well as in their martial arts practice.

Originally Gracie, but most recently on the scene, we have Brazilian Jiu-Jitsu. A modified form of Japanese martial art was adapted by the Gracie family in 1925.

Jiu-Jitsu sees participants attempting to gain superior positioning over their opponent through the use of holds, chokes, joint manipulations and locking of joints.

Our focus here at Ellis Academy is self-defence. Our programme is based on Royce Gracie Jiu-Jitsu, with easy fundamentals and instinctive movements, our system is designed for a real-life scenario, and we aim to teach it in the shortest possible time.

Our academy is situated in Surrey. To find out more about our self-defence programme and the real-life benefits of learning this ‘gentle art’, please don’t hesitate to get in touch.