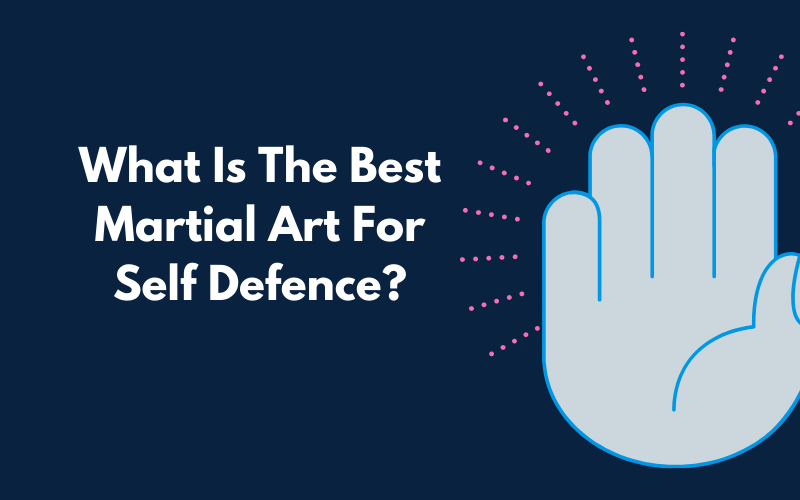 What Is The Best Martial Art For Self Defence?

Everyone knows that learning a martial art is a great way to boost your confidence, stay fit, and learn how to self-discipline. But many people also take up a martial art to help keep themselves safe knowing they have a good self-defence technique.

In reality, it is rare that most martial arts practitioners would ever need to use their skills in the real world but knowing you can protect yourself, should you need to is a great comfort to some people.

This can especially be true in children and teens who struggle with confidence, women who feel anxious when out on their own or anyone who generally lacks confidence.

With that said, what is the best method for self-defence? Are all martial arts equal and which do we recommend for boosting self-defence skills?

Brazilian or Gracie Jiu-Jitsu For Self Defence

There are hundreds of styles in martial arts and most of them can be used for self-defence, but some styles are noted for being the most practical to learn and for real-world application.

Muay Thai and Krav Maga are some styles often associated with self-defence but above all other styles Brazilian Jiu-Jitsu or Gracie Jiu-Jitsu stand out as being particularly effective for defending yourself. Here’s why.

of his brothers’ ability to fight, he developed fighting and defensive techniques that use leverage instead of pure strength.

Jiu-Jitsu is a brilliant method for self-defence because the size of your opponent doesn’t matter. If you think about it, in the real world, an attacker would likely be bigger or stronger than you are (violent people or criminals will often choose victims they think they can overpower easily) so you need a method of self-defence that will be effective against people bigger than yourself.

The story goes that Jiu-Jitsu was developed because one of the founders of the technique felt inadequate when comparing himself to his much bigger, stronger brothers and their fighting abilities. He developed his system of fighting and defence techniques that rely on leverage instead of pure strength.

Jiu-Jitsu was developed specifically for combat in real-life situations and therefore reflects how real-life attacks or fights are likely to proceed.

With Jiu-Jitsu, you learn how to take opponents to the ground with throws and trips, but a large portion of your learning will be cantered on ground techniques. That is because most fights and attacks will end up with you both on the floor. Learning what to do if you are taken to the ground can be lifesaving.

During floor work, you will learn a variety of submission holds including armbars, chokeholds, and ankle locks. During class submission holds would stop when your opponent taps out but in a real-life combat situation, these techniques can be used to choke an attacker or break bones.

Doesn’t sound all that nice but in a dangerous situation knowing these techniques could save your life. Even temporarily disabling someone would give you the chance to get up and escape, phone the police or signal for help.