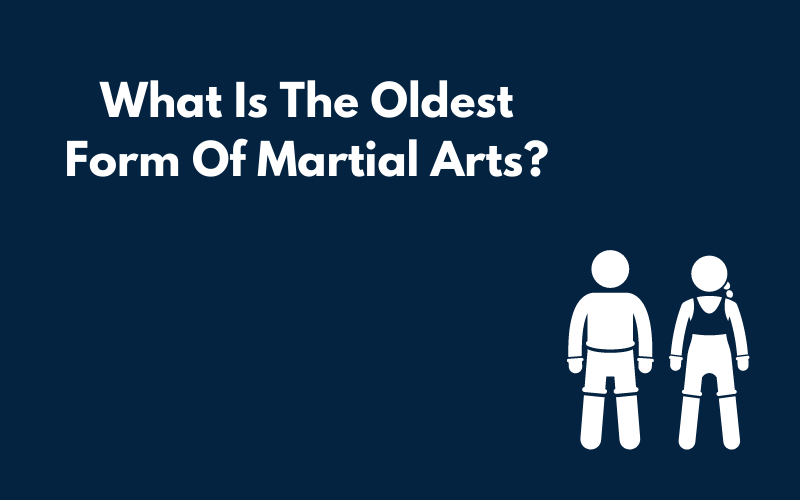 What Is The Oldest Form Of Martial Arts?

There’s no hiding the fact that martial arts isn't anything new. On the other hand, you have a few variables like Brazilian Jiu-Jitsu and Krav Maga, which are completely refined to the modern era and style of fighting needed or wanted.

The general practice of recording a structured style and passing the techniques down from masters to novices across generations goes back centuries – and longer. But what exactly is the oldest form of martial arts?

It’s easy for the majority of us to think, look back, and say Karate or Kung Fu. In fact, I think you’ll be genuinely surprised just by how old the oldest known form of martial art is. The art originated in South India thousands of years ago and is referred to as kalarippayattu.

In this Ellis Academy Blog, we’re going to discuss what kalarippayattu is, what martial art focus on and which martial art is the hardest to learn.

Well, kalarippayattu is known as the oldest form of martial art, kalarippayattu is in English terms ‘art of the battlefield’. With the martial art being form thousands of years ago, I’ve got a fun fact for you. The style dates to around the same time construction started on the great wall of China.

Because of its ancient roots, kalarippayattu is often referred to as ‘the mother of all martial arts.

What Is Kalarippayattu Based On?

Kung fu has the Shaolin monks; judo has Jigoro Kano, karate has Gichin Funakoshi. If kalarippayattu ever had a singular human or group who spearheaded its development, then the name has been lost to time.

Credit for the creation of kalarippayattu sometimes goes to the Hindu god Vishnu. It makes sense that this discipline that was used by armies would be attributed to the deity charged with protecting the world.

What Does Kalarippayattu Focus On?

Kalarippayattu has a huge focus on health and fitness. All martial arts have a tendency to focus on these two areas as they’re all forms of exercise, but in kalarippayattu, health is a fully integrated part of the training.

Masters of the art are often versed in traditional medicine as well. Getting massages for health and improved flexibility is a routine part of students’ training. Beginner students may even use daily massages to help acclimate them to the demands of training. Recently, the art itself has begun to be used as alternative medicine.

This might come as a surprise to some, but kalarippayattu uses a variety of weapons. One of the primary weapons of kalarippayattu is a staff similar to the Japanese rokushakubo used in karate. The goal isn’t to hurt each other but to instil respect and wariness for weapons into the student.

Which Martial Arts Is The Hardest To Learn?

There is no real definitive answer to the question because everyone has a valid opinion on why a certain style should be classed as the ‘hardest’ to learn.

No martial art is easy to learn they all require years of hard work, dedication, and discipline. While the goal of all martial arts is the same, students may choose from many disciplines.

What I am going to say is Jiu-Jitsu, whether that be Gracie or Brazilian, for beginners is a very frustrating style. You must recognise quickly that you will get tapped and tapped often.

When you first start training, it's natural to want to be good, but jiu-jitsu is not just about being good, it's also about improving your game and helping your training partners improve theirs.

On average, it takes someone anywhere from 10 to 15 years to earn a black belt in Jiu-Jitsu. Of course, there are always exceptions. Famously, MMA fighter BJ Penn earned his black belt in just 3 years and 4 months, making him one of the fastest men ever to achieve the rank of black belt. For most, this type of progression is highly unlikely – If you start and enjoy it, you’re certainly in it for the long run.

Our focus here at Ellis Academy is Royce Gracie Jiu-Jitsu. Our programme is designed around self-defence and real-life scenarios. We aim to teach it in the shortest possible time.

All our instructors are certified black belts, qualified, and professionally trained to teach martial arts. Our academy is in Surrey, to find out more about our self-defence programme and the real-life benefits, please don’t hesitate to get in touch.

If would you like any more information, tips, or advice, visit our blog page.