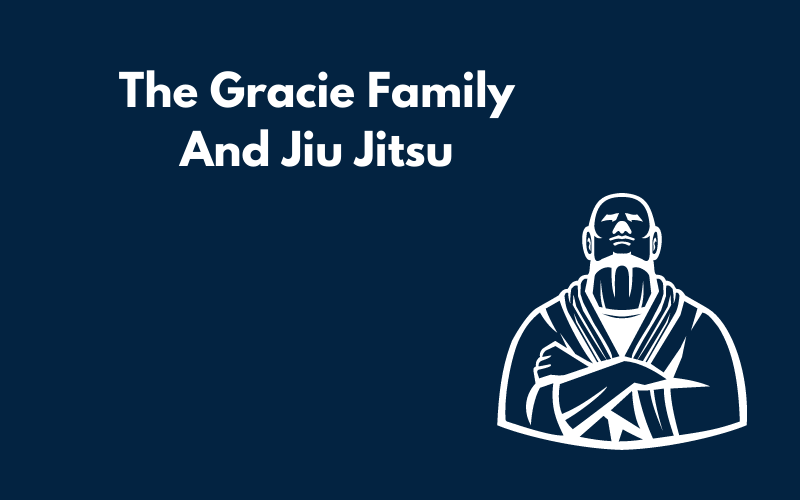 The Gracie Family And Jiu Jitsu

The Gracie family, responsible for the founding of Gracie Jiu Jitsu, are regarded as one of if not the most successful family dynasties in the history of mixed martial arts.

At the age of 14, Carlos Gracie was introduced to a Japanese man called Mitsuyu Maeda. The rest is history - literally.

In this Ellis Academy blog, we are going to explore the history of Jiu Jitsu, how it transitioned over the decades and to conclude what we feel is the best form of self-defence.

The History of Jiu Jitsu

Japanese Jiu-Jitsu, like most martial arts, cannot be traced back to one beginning. Japanese Jiu-Jitsu, which was then taught to Mitsuyo Maeda, a sumo fighter’s son born in 1878. Maeda travelled, challenging many fighters, but ultimately finding happiness and continued competition in Brazil.

Carlos Gracie was 14 years of age when he managed to secure lessons with Maeda. It was almost impossible to be taught off this man but through connections of his father, he managed to sort an agreement.

By 1925, Carlos Gracie had opened his first Jiu-Jitsu academy. He invited challengers, much like Rorion Gracie would later popularise as the “Gracie Challenge”, to come to his academy and face his black belts. Of his 21 children, thirteen became black belts.

The Gracie family was already gaining celebrity status in Brazil for their adaption of the Japanese art of Jiu-Jitsu into an intricate and incredibly effective ground fighting art, but Gracie Jiu-Jitsu had yet to travel the world.

The globalisation of Gracie Jiu Jitsu came from the Birth and development of the Gracie Barra Association over in the US. With the headquarters being based in California it was only years off before they branched out and created development schools.

By 2010 they set up a franchise and now reach the United States, Canada, and Australia.

Are Gracie and Brazilian Jiu-Jitsu the same?

The main difference between Brazilian Jiu-Jitsu and Gracie Jiu-Jitsu is mostly the name. The other difference, beyond marketing and branding, is that schools advertising Gracie Jiu-Jitsu tend to place a bigger emphasis on self-defence than sport. To understand why you need to know the history of the Gracie family.

How Does The Gracie Jiu Jitsu Ranking System Work?

The Gracie Jiu Jitsu ranking system is set out accordingly to your age. The youth belt system is for children aged 7 up until 15. Once they turn 16, they will then move onto the adult tiers.

The ranking system is based on your progression. Once you learn new techniques and spend time in the gym practising you will get a series of promotions at each belt. The rank you achieve in Gracie Jiu-Jitsu is not just an indicator of your level of skill, but also your moral character as a Jiu-Jitsu practitioner.

For an in-depth explanation of the ranking system, head over and read our latest blog.

What Is The Best Form Of Self-Defence?

Gracie Jiu Jitsu and Brazilian Jiu Jitsu are very similar. From the outset you wouldn’t think anything different but when you do it is noticeable. Gracie Jiu Jitsu was, as we know, founded before BJJ and therefore BJJ has adapted and changed the methods ever so slightly.

They both consist of the same submissions, controls, sweeps and escapes. The main difference is the way the coaches teach and the academy’s training focus. Brazilian Jiu-Jitsu academies throughout the globe focus their teaching and training methods on the sport of Jiu-Jitsu, however, Gracie Jiu-Jitsu is the continued learning of self-defence.

If you’d like to know more about the differences, read the full blog.

Ellis Academy Of Self Defence

I hope you have loved diving into the history of this lovely form of martial art!

Our focus here at Ellis Academy is self-defence. Our programme is based on the traditional Royce Gracie Jiu-Jitsu. You will learn the fundamentals and instinctive movements designed for a real-life scenario.

All our instructors are certified black belts, qualified, and professionally trained to teach martial arts. Our facility is always clean, and we have an extensive schedule for all age groups.

Our academy is situated in Surrey to find out more about our self-defence programme and the real-life benefits of learning this ‘gentle art’ then don’t hesitate to get in touch.

Alternatively, If would you like any more information, tips or advice, visit our blog page.